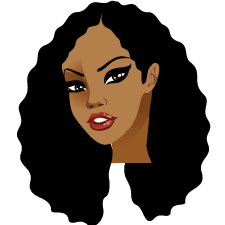 2015 2016 2017 2018 2019 2020 2021
If you have been injured by someone's negligence but you want to avoid a courtroom trial, you can opt to go through mediation instead. The thought of dealing with a courtroom drama is traumatizing for some. If you choose mediation, you not only avoid the courtroom, but you also have a say in the final outcome of your dispute. Here are some things you need to know if you are considering mediation: Read More
Legal disputes can be costly when they last for a long period of time, especially when a lot of investigating must be done to gather a sufficient amount of evidence. Sometimes disputes take a long time to resolve because the parties involved are dealing with emotions that prevents them from wanting to compromise or behave cordially. For instance, when good friends are business partners and get into a disagreement, it can lead to a drawn-out dispute in court that could have been prevented by handling it properly. Read More
The proliferation of three-strikes laws, in which three felony convictions can land you in prison for a long time, means that getting that third charge can be a frightening time for you and your family. The idea behind three strikes is that, if you're still committing felonies even after you've been in prison twice on long sentences, then you're likely not going to stop committing crimes and need to be locked up. Read More
If you get hurt on the job, you want to know that you'll be taken care of for as long as you're unable to work. After all, even when you're injured, you still have bills to pay; you may even have additional medical bills depending on the type of injury you sustained. If you're unlikely to be able to return to work for a long period of time, you may be eligible for long-term disability benefits. Read More
Many people know that the Social Security Administration (SSA) provides financial benefits to those who are disabled and that are retired. The problem is that there are several different programs that fall under the SSA umbrella. It's important to be informed about the various programs so that you'll know which is right for you and your needs. Social Security Income (SSI) is a program aimed at those who cannot work due to a medical or mental condition. Read More